The story follows Gideon Joy, a young man with laughable bad luck, stranded in Coos County after hitting a moose and totaling his car. An important element of the story is local cuisine. When I moved to New Hampshire in elementary school, I was introduced to a really popular snack: Fluffernutter Sandwiches. Below is a simple recipe along with an exclusive excerpt from Joy. And if you try the sandwich, let me know what you think!

Directions:
Spread a generous helping of creamy peanut butter on one slice of white bread. Spread a large quantity of fluff on the second slice. Press the two together, cut diagonally down the middle.

Excerpt:
I stumbled forward, clutching the food because I was afraid of how a group of hungry construction guys would act if I dropped it all. A few of the workers met me halfway and directed me over to a table. One, who had to be younger than me, hungrily looked over my shoulder.
“Two, er—grinders?” I said, reading the neat handwriting on the outside of each wrapper. Looked like it was probably a sub. “Spaghetti. Chicken sandwich….”
The kid was picking up each meal and calling out the worker’s name who ordered it.
I pulled out some bags of chips and piled them to the side before reaching for the next meal. “An avocado panini.”
“Ted!” the guy called out.
“Don’t touch my panini!” Ted barked from somewhere nearby.
I took the last item from the bag and gave it pause. “A… Fluffernutter—?”
“Fluffernutter sandwich!” the kid shouted, laughing. “Silas!”
Silas? Are you kidding me?
I turned around quickly, all but knocking into the man in question.
Silas glanced down at me before averting his gaze.
You know… he actually didn’t look like a ham sandwich. That was mean of me. He wasn’t wearing that beat-up cap from yesterday. His hair was neat-looking now, and the scruff on his face had been trimmed to that oh you sexy piece of man stage.
He was actually kind of hot. And definitely still huge. His chest was easily two of me across, and he wasn’t wearing a long-sleeve shirt to hide his arms. Be still my heart, the muscles on that man. I’d be happy to watch him pick up heavy things all day.
I swallowed, but my throat was dry.
He pointed at the sandwich in my hand.
I glanced down. “Oh! Yours.”
“Thanks.”
“What’s a Fluffernutter sandwich?”
Silas was staring at the food. “Fluff and peanut butter,” he answered quietly.
“Fluff? Like marshmallow?”
He nodded and immediately walked away.
I frowned, watching Silas’s back. What was up with him? He couldn’t even pretend to be pleasant? There was apparently no getting on his good side, if the lack of eye contact and one-word responses weren’t enough indication that Silas didn’t want to be friends.
Not that I wanted to be friends.
Buff, hot guy or not.
Jerk. 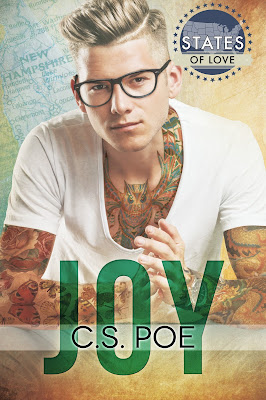 Down on his luck is Gideon Joy’s default state. He doesn’t know why he expected anything different on his cross-country trip, but not surprisingly, the hits keep coming—literally this time. Gideon strikes a moose with his car in New Hampshire, not only totaling his own vehicle, but damaging one belonging to local construction worker Silas Bright. He has no choice but to stay in Lancaster and take a job that’ll pay for the repairs. And in a town so small, Gideon’s always running into Silas. What starts as annoyance between them soon blooms into something much more romantic. But when Gideon’s notorious bad luck rears its head yet again, how many disastrous dates will Silas be willing to weather before realizing Gideon’s not worth it?
Despite Gideon’s desire to remain in the quaint community that has accepted him as one of their own, past fears of inadequacy threaten the very joy he left Los Angeles to discover. If he’s to find a happily ever after with Silas, Gideon must learn that sometimes it’s okay to not be the best. And true happiness might be waiting in a small town nestled among the great White Mountains.

States of Love: Stories of romance that span every corner of the United States. 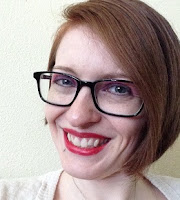 C.S. Poe is an author of gay mystery, romance, and paranormal books.
She is a reluctant mover and has called many places home in her lifetime. C.S. has lived in New York City, Key West, and Ibaraki, Japan, to name a few. She misses the cleanliness, convenience, and limited edition gachapon of Japan, but she was never very good at riding bikes to get around.
She has an affinity for all things cute and colorful, and a major weakness for toys. C.S. is an avid fan of coffee, reading, and cats. She’s rescued three cats, including one found in a drain pipe in Japan who flew back to the States with her. Zak, Milo, and Kasper do their best on a daily basis to sidetrack her from work.
C.S. is a member of the International Thriller Writers Organization.